One of the places I would always fall down in A-level mechanics was on inclined plane force diagrams: I was chronically incapable of putting the correct angle in the correct place.

Until, that is, I figured out… 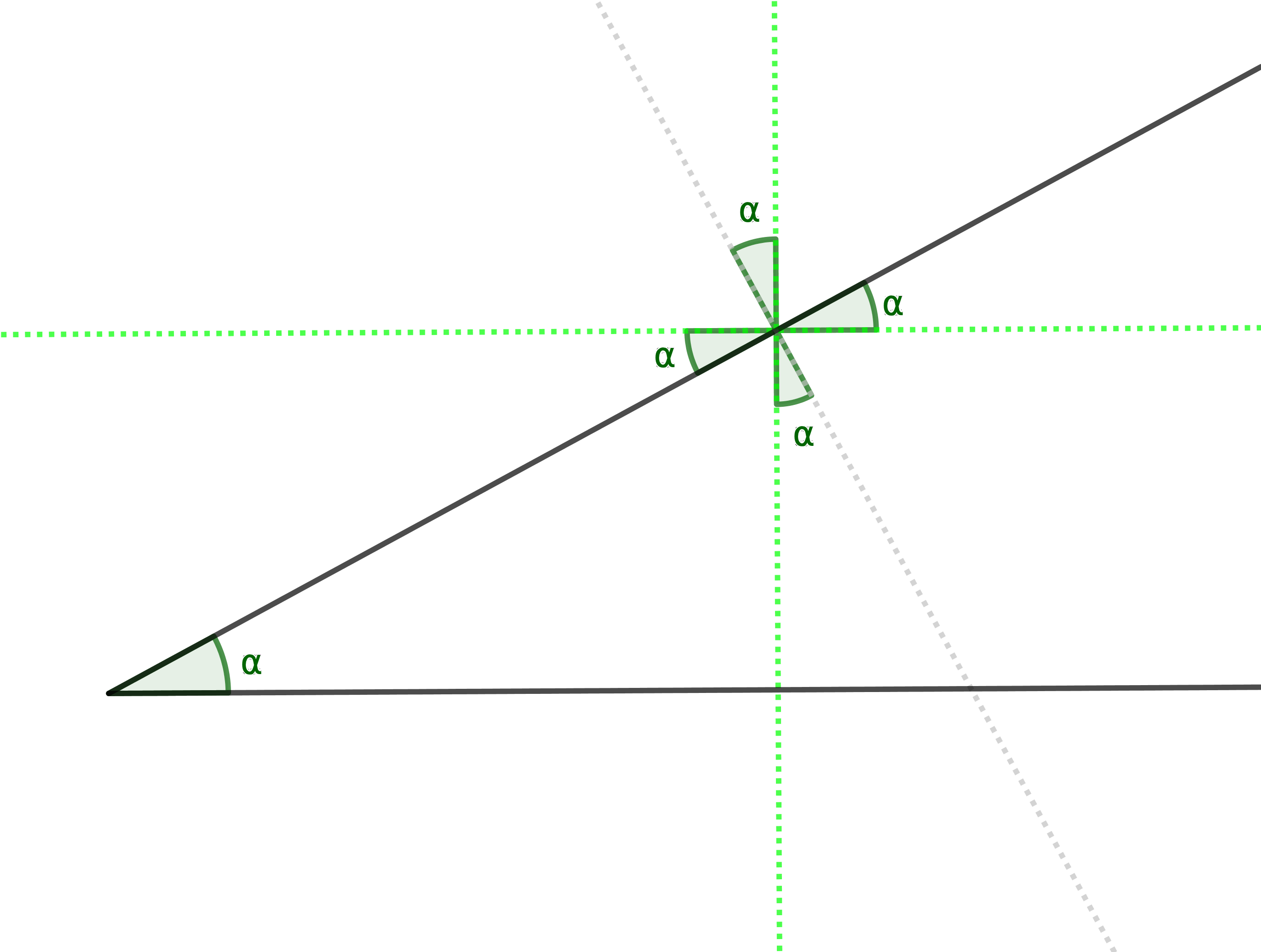 The process goes as follows:

Boom! Job done. Now you know which angle goes where. You might alsonote that the angles in the gaps are all $90º - \alpha$.

Suppose you need to resolve a force that lies on one perpendicular grid to the other.

If you draw the sails on the windmill like this, it tells you which component of the force you’re resolving requires a sine.

This is, of course, a lazy shortcut – working out the trig isn’t that hard. It’s just easy to get wrong in a hurry, and I was always in a hurry.

(You may like, as an exercise, to convince yourself that all of the assertions in this post are true.)

The Problem Of The Nine-Coloured Cube

The Secrets of the Ninja Mathematician: An Apology To Base 10 Logarithms