A few episodes of Wrong But Useful ago, Dave posed the problem:

A regular unit heptagon ((a seven-sided shape where all the angles are the same, and all the sides are 1 unit long)) has two different diagonal lengths, $a$ and $b$. Show that $a+b = ab$ 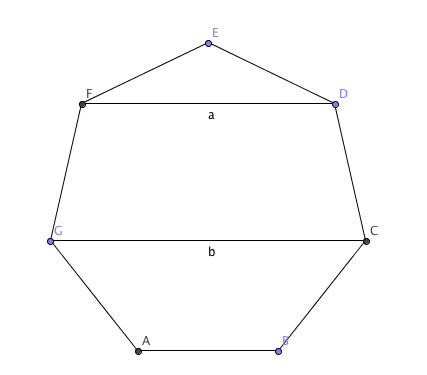 Unusually, I didn’t blog a solution. Sorry about that.

I’ve come up with two approaches, but wanted to showcase one by [twit handle=’notonlyahatrack’] (who is Will in real life) first. He spotted that you can make a cyclic quadrilateral from any four of the corners, and that you can pick the corners so that the sides are (in order) $1$, $1$, $a$ and $b$, as shown here: 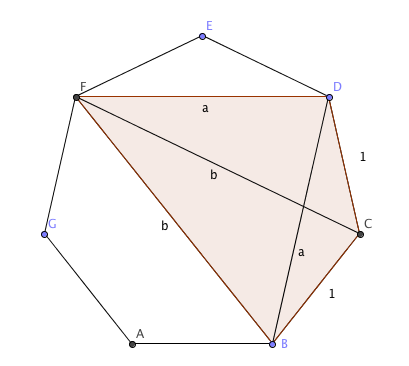 He then uses a circle theorem I didn’t know, but probably should have: Ptolemy’s Theorem for cyclic quadrilaterals, which states:

Very elegant! While it’s perfectly legit, I didn’t know Ptolemy’s theorem, and had to resort to other methods. 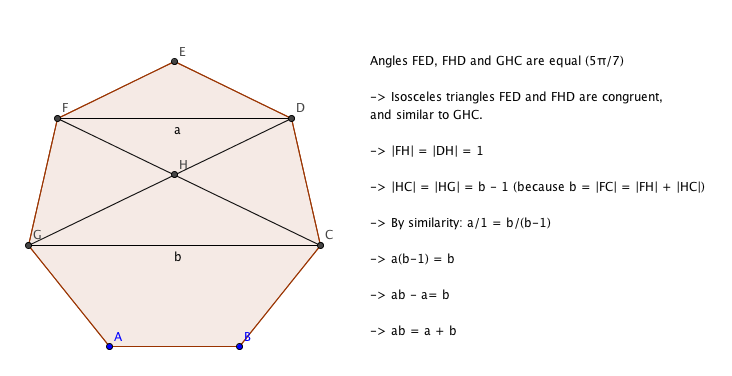 Looking back, it wasn’t entirely obvious that triangles FED and FHD were congruent (although they are) - this is because the angle $F\hat D E$ is the same as angle $F \hat G D$, because $FC$ and $ED$ are parallel. 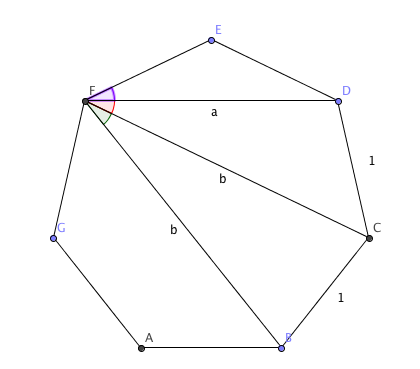 There are three distinct triangles here:

There’s probably a way through the algebra that’s a bit quicker, but I’m quite pleased with that one; the Mathematical Ninja would hate it.

Sprinkle on the sugar, eat the lot

Free for all Friday