On Twitter, @RuedigerSimpson pointed me at an episode of My Favourite Theorem in which @FawnPNguyen mentioned a method for constructing $\sqrt{7}$:

Which leaves only numbers of the form $4n+2$ - which can’t be expressed immediately as the difference of two squares. But can such numbers be constructed similarly?

But Simon didn’t like that. Can it be done without bisection?

I’m quite pleased with my alternative method, which I’m told is based on the Spiral of Theodorus, although it’s rather less involved. 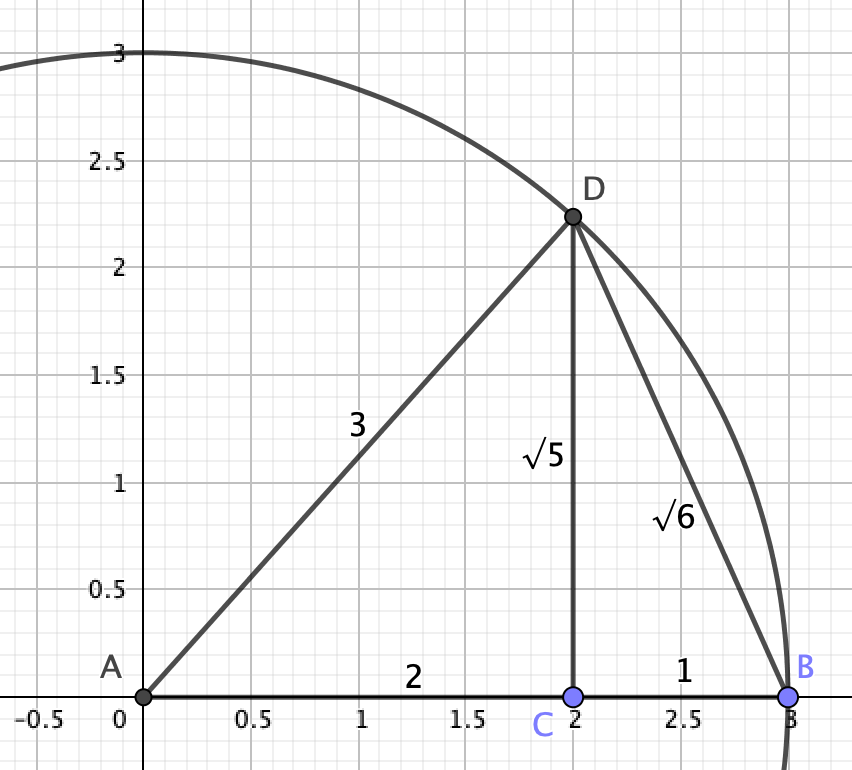 I thought that was a neat bit of geometry. I don’t for a second imagine it’s new (it’s probably in Euclid if I could be bothered to look), but it was pretty enough a solution to make me grin.

Do you know of any other nice methods?

Ask Uncle Colin: How can I be neater?

Ask Uncle Colin: How do I find the power?